In just a few days Pyunik will start playing in the first qualifying round of the Champions League 2022/23, hosting Romanian champion Cluj.

There are footballers in our team such as Uros Nenadovic and Artak Dashyan who in 2018 competed with Cluj (0:2, 0:5) playing for Alashkert Yerevan within the framework of the Europa League.

In a conversation with the Pyunik press service our players told about their previous experience of playing against Cluj and the upcoming match with the team.

“Of course as a result of the draw we could have had a more suitable rival because at this stage Cluj is one of the strongest teams,” Uros Nenadovic said. ''However, all we have to do is to prepare seriously for each match. I think everyone has a chance to win in football now. The first leg will be at home, so we must do everything to achieve a good result in it.

Cluj is a big team and has a big budget. Every year they fight only for the champion title of the local league. I should say that the Romanian championship is very strong.

When I look back Cluj was really a very strong team four years ago but when I was in Alashkert at that time we didn't have that much experience of playing in the Eurocups. Maybe that was the reason why we lost with such a score.

I think there are many experienced players in our team now and this year we can show a better result and why not also win. We'll see.

We have spent a training camp in Dilijan and worked hard. The coach is pleased with our work. We gradually try to approach the upcoming match in a good form. I think our coaching staff knows well how to prepare us for the match and develop their tactical ideas. We have to be ready to show our best in this match, hoping to achieve a good result.'' 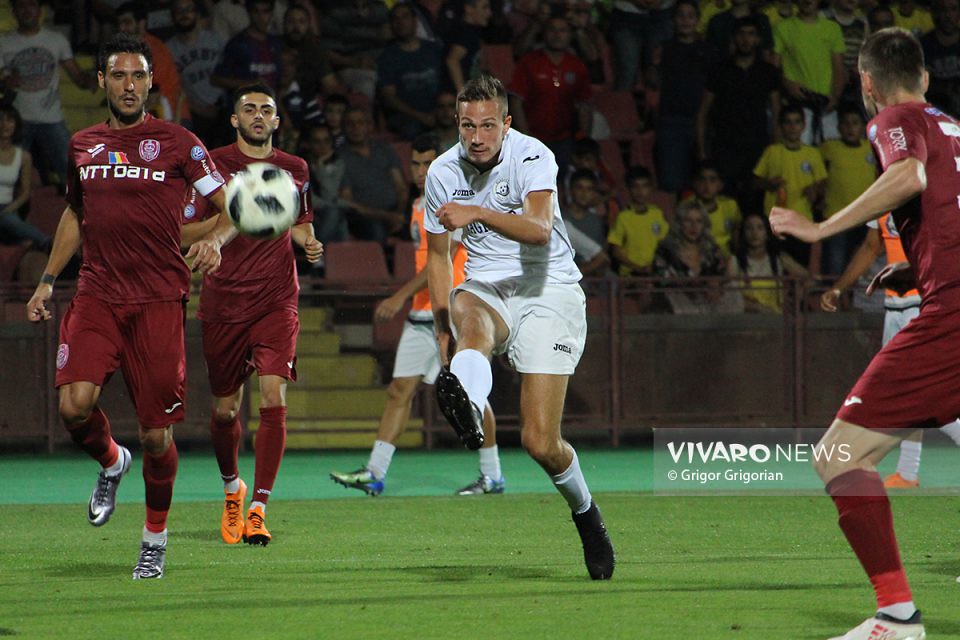 ''In 2018 in Romania I participated in the second leg with Cluj, playing for Alashkert and I can say it was a technically well-prepared team at that time,'' Artak Dashyan said.

''We have already studied Cluj but I wouldn't like to compare the former team with the present one. We will better see their real strength on the pitch.

Our team has prepared well and the training session has gone according to plan. I think Pyunik is ready for the upcoming matches.

Pyunik vs Shirak 1-0 (photos and video)