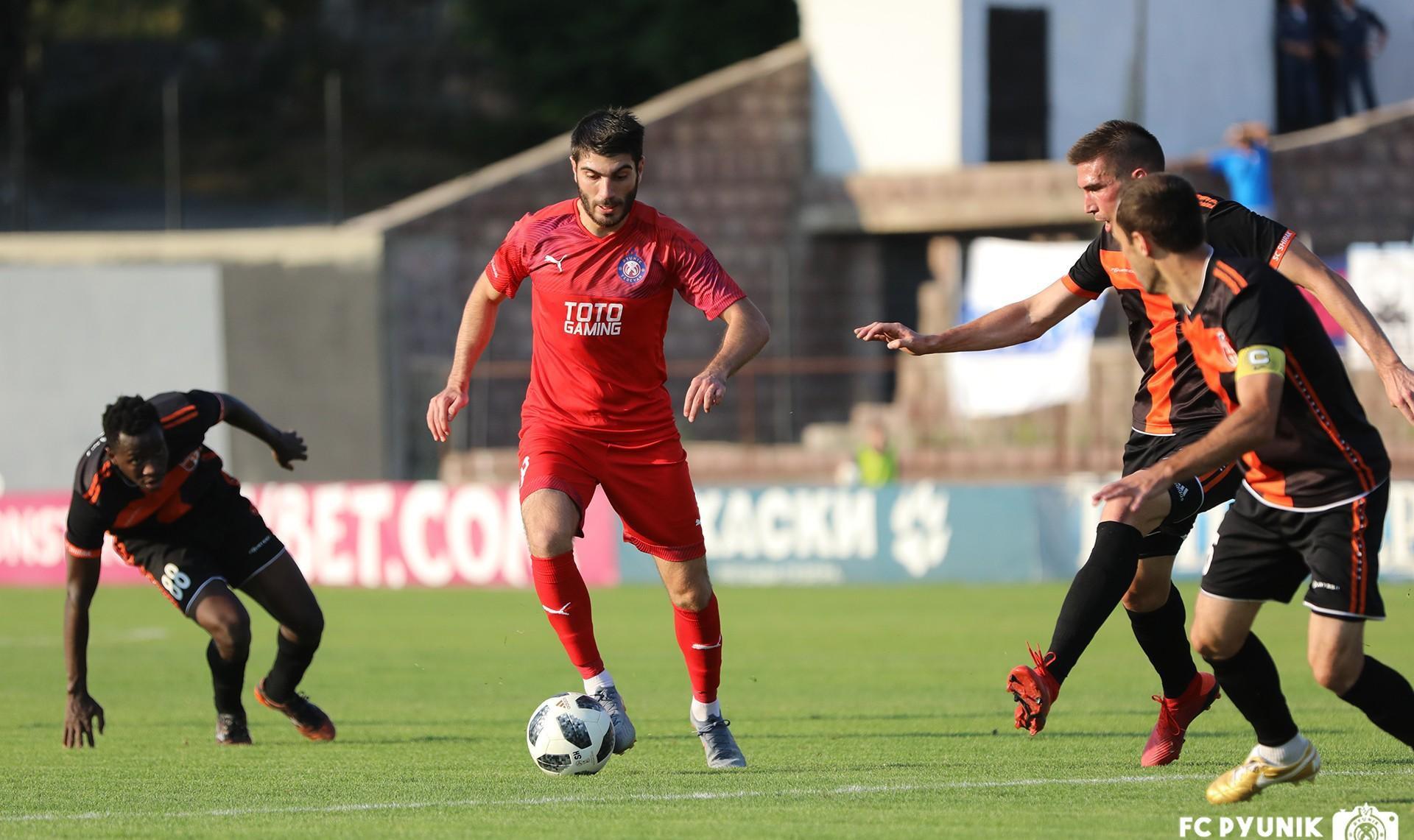 Pyunik continues the chain of failures and is unable to overcome it. The unsuccessful performance in the championship was followed by the elimination of the Armenian Cup. In the 1/8 final Pyunik conceded to Urartu with penalty shootout, and it means that the only way for our team to qualify for the Euro Cups this season is to play successfully in the remaining matches of the championship.

But in the inner championship Pyunik isn’t doing well, either. In the previous matchday our team lost 2-4 to Ararat and continues falling four points behind Noah going on the 6th position.

Moreover, in the second round of the championship Pyunik still has six matches to spend three of which will be played after the winter break.

As you know, Aleksandr Tarkhanov, our team’s head coach, will take the post of Vice President of Development of the club from now on and Suren Chakhalyan, Tarkhanov’s assistant, has been appointed the team’s acting head coach. The latter has already had such an experience: in season 2011/12 Chakhalyan has headed Pyunik for about a year.

In the next, 13th matchday, our team will receive Gyumri’s Shirak, one of the leading teams of the championship, to which Pyunik lost in the first round.

On 25 August in the 4th matchday of the Premier League Shirak managed to gain advantage over our team in Gyumri, 3-1.

Let us note that Artur Miranyan, Pyunik’s top scorer, has already recovered and participated in the cup match against Urartu and Erik Vardanyan, one of the leading players of our team, who was disqualified for 6 months in a match against Ararat, will continue his career in Sochi which plays in the Russian Premier League.

Let us add that Pyunik vs Shirak match will take place at Republican Stadium on 8 November and will kick off at 18:30.